Monday (December 24), we brought you the first four tips author Bill McBean, author of the new book The Facts of Business Life: What Every Successful Business Owner Knows That You Don’t, says entrepreneurs and small business owners should do before the end of the year. Today, we’re sharing his last four. Read on for the second part:

Review your marketing campaign: Does what you’re doing make sense for you? Ask yourself some specific questions: Are you marketing aggressively enough to attack the market, or are you trying to coast by, letting your competitors stir up the market? Are you targeting the best possible markets and customers? Might a customer reward program improve repeat purchases? Would the money you’re pouring into ad placement be better spent on direct mail? Does a huge social media campaign really make sense for your company, or are you tweeting fruitlessly into cyberspace just because everyone else is doing it?

“It takes marketing to bring customers in and it takes marketing to keep them,” points out McBean. “Many companies see marketing as an expense but it’s actually an investment and deserves your focused attention. There are two key points often neglected when business-people think of marketing. The first key is marketing without measurement is being reckless with your money. Results matter and have to be measured. In other words, create an objective and measure results against it. Secondly, your best market opportunity may in fact be your own customer base.”

Meet with your accountant, your attorney, and other key advisors: These specialists almost certainly know things you don’t. Their perspective can be extremely valuable to an entrepreneur who has been chained to his or her desk all year (and, as a result, is out of touch with changes in the external business environment). Planning for a future you can’t predict is part of a business owner’s job, and these advisors can help you gather the information needed to get the “lay of the land” and make smart decisions.

“Ask each of them, ‘What are the three most important things I need to know right now?’” suggests McBean. “In fact, you might pose this question in advance of the meeting so they will have time to think about it and won’t just give you an off-the-cuff answer. Then you can factor their feedback into your plans for the upcoming year and beyond.

“Successful business people have a good grasp of business in general,” he adds. “By regularly touching base with important members of your larger network, you are educating yourself on the various aspects of the business world beyond just your industry.”

Kick off a cost-cutting, gross-profit-building mission: No one knows what the future holds. But it’s a safe bet it won’t be “smooth sailing.” More likely “choppy waters filled with sharks and the occasional iceberg.” When tough times and financial uncertainty loom, it’s always a good idea to have some cash on hand. And, one of the best ways to create cash is to find added gross profit and at the same time cut some expenses. That said, McBean suggests you ask yourself: What expensive ($$) mistakes did we make last year? How can we avoid them next year? And what can we do to build up the cash cushion that might help us get through any market corrections or uncertainty?

“I’m not recommending knee-jerk reactions like massive layoffs or switching to inferior-quality materials,” he clarifies. “Don’t cut out the wrong things, but do look for smart, well-thought-out ways to save money and start building up your cash cushion. Think about Ford Motor Company. Years before the 2008/2009 credit crunch, they began to restructure their debt and build up their cash reserves. So when their competitors needed bailouts, they didn’t. That’s what smart planning can do for you. We all have heard ‘Cash is king’ and it is, especially when it’s there when you need it.”

Set some realistic goals for next year: Then, dial up the “aggression factor” just a little bit more. In other words, aim high. Don’t be lulled into complacency or let the continued talk of doom and gloom handcuff you. You might be okay now, but that doesn’t mean you will be tomorrow and you have to keep pushing the market. Every company has competitors, and if it doesn’t and it’s successful, it soon will. Successful owners know they have to fight not only to win market share but to retain it as well, says McBean.

“I always say that the marketplace is a war zone,” insists McBean. “You must develop a warrior mentality and maintain it for as long as you’re at the head of your business. If you take your focus off the market, competitors will step in and take what you have worked so hard for. It’s just the law of the market place jungle.”

This last point is perhaps the heart and soul of McBean’s philosophy. To succeed and to stay successful, companies must be “on their game” 24/7. And that warrior mindset begins and ends with the business owner. 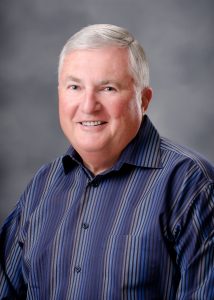 About the Author: Bill McBean is the author of The Facts of Business Life: What Every Successful Business Owner Knows That You Don’t (Wiley, October 2012, ISBN: 978-1-1180949-6-9, $24.95, www.FactsOfBusinessLife.com). A graduate of the University of Saskatchewan in Saskatoon, and Mount Royal College in Calgary, Alberta, Bill began his career with General Motors of Canada Limited in 1976. After holding several management positions with GM, in 1981 he accepted a position with the Bank of Nova Scotia (ScotiaBank) as manager of a sizeable commercial lending portfolio. Two years later, however, GM approached him about opening a new automobile dealership in Yorkton, Saskatchewan, and, along with ScotiaBank, offered to lend him the required capital. Accepting the offer, Bill began his first business as a “start-up” the following year, beginning with ten employees.

Over the next decade, Bill grew the Yorkton business, which became one of the most profitable GM dealerships in the region. Following his success in Canada, Bill was presented with an even greater opportunity in the United States. With his friend Bill Sterett, he purchased an underperforming automotive dealership in Corpus Christi, Texas, in 1992.

Applying his business expertise, Bill turned the company around, increased sales revenue fivefold, and raised the employee count from 70 to almost 300. He also rearranged the local marketplace by acquiring a large portion of the market share from his competitors and by buying weakened competitors over a period of 11 years. During that period, the manufacturers he represented continually awarded him and his company honors for sales, service, customer retention, and financial excellence. Because of his company’s financial success and industry reputation, it attracted the interest of several major public companies and in 2003 was purchased by AutoNation, the world’s largest automotive retailer.

Both before and since selling the group, Bill has started several successful businesses outside the automotive industry, applying his business concepts and knowledge to other industries. He is currently general partner of McBean Partners, a family-owned investment company. He is also partner and chairman of Our-Mentors, a company that works with owners to improve their businesses for long-term success, and Net Claims Now, which provides companies in the restoration industry with invoicing, accounts receivable collections, cash flow services, business coaching, and business lead generation services.