MyCity4Her Media was founded to give women in business, women business owners, and women entrepreneurs, as well as women in the community a place to showcase their stories, their challenges, their knowledge, and their experience and subject matter expertise.

We began on the web with MyCity4Her.com in 2007 with a vision and a dream that busy women like to save time and do our best to make everything relevant and useful to do so, “one click away”. 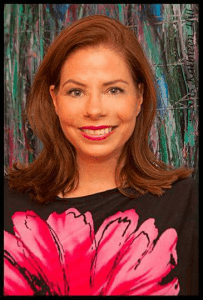 MyCity4Her.com was focused primarily on women in business, and grew to 11 markets in the US and one in Canada and was at its peak in 2014 when it was named one of Baltimore’s Fastest Growing Women-Owned Businesses by the Baltimore Business Journal (2015).

Then, in the fall of 2014, our Founder and Publisher Monyka Berrocosa underwent a major life event and had to take a step back due to life-threatening uterine cancer in 2015.

This painful, challenging and difficult set back caused a major shift in Monyka’s thought process and approach to life. Once stable and recovered, she took a year off from her usual projects and MyCity4HER to create and lead the first of its kind venture entrepreneurship program at MICA. The Maryland Institute College of Art – called MICApreneurship. The program encompassed a total $1Million dollar grant and a competition that awarded $125,000 annually to promising ventures started by MICA students.  Monyka left MICA in May of 2016 to return to resume consulting and coaching and focus on her only child who was starting high school in fall 2016. She also founded an investment and advisory company called Walpurgis Holdings LLC.

In late 2016, after being approached to relaunch but with a different vision, she decided she wanted to bring MyCity4HER.com back to the community. However, this time around her focus shifted to mirror her new approach to life. MyCity4HER.com is funded and maintained by The Giving Spirits Foundation.

The mission is to #helpHER and showcase how women (and the men who love them) are always happier in community and #bettertogether.