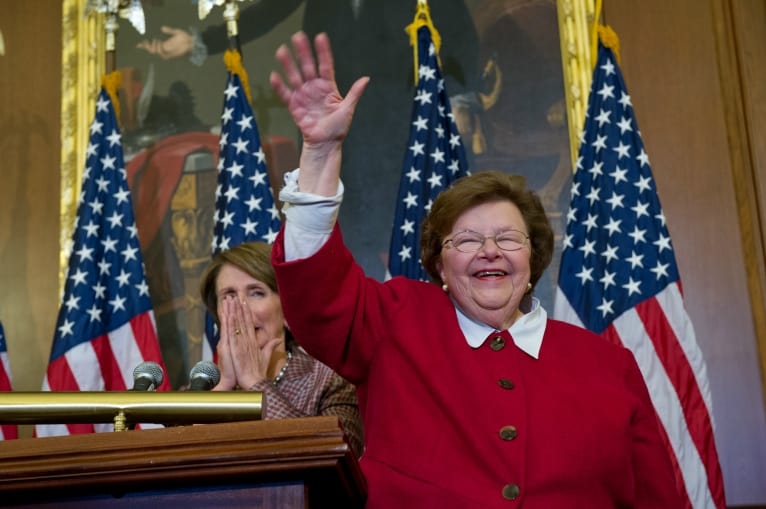 “Women’s history is American history,” Senator Mikulski said in a statement. “Women have been trailblazers throughout our history, using grit, passion and determination to seize the day and to make a difference. We must not only honor the past – we must learn from it. A National Women’s History Museum will be a fitting tribute to recognize their lasting legacy while inspiring future generations of women and girls.”

The legislation would create a panel to examine and recommend how and where to best establish the self-funded museum in Washington, D.C. dedicated to women’s history. Although Congress authorized various other museums such as the National Museum for African American History and Culture, the National Law Enforcement Museum, and the National Museum of the American Indian, there is still no institution in the capital region dedicated to women’s role in the country’s history.

“A museum dedicated to women’s history would help ensure that future generations understand what we owe to the many generations of American women who have helped build, sustain, and advance our society,” Senator Collins said. “They deserve a building to present the stories of pioneering women like abolitionist Harriet Tubman, founder of the Girl Scouts Juliette Gordon Low, Supreme Court Justice Sandra Day O’Connor, Margaret Chase Smith, and astronaut Sally Ride. This can and should be done at no expense to American taxpayers. That women’s roll of honor would also include a legendary predecessor in the Senate seat I now hold: Margaret Chase Smith. She remains my role model and, through the example of her public service, an exemplar of the virtues that would be honored in the National Women’s History Museum.”

The National Women’s History Museum (NWHM) organization is leading the effort to establish a bricks and mortar museum. NWHM President Joan Wages said “We are thrilled to have this legislation introduced by national leaders such as Representative Maloney and Senator Collins and to have one of the cosponsors of the bill in the Senate as the dean of the women senators Senator Barbara Mikulski (D-MD). Senator Mikulski is one of the most revered women in America and an outstanding and tireless advocate for women’s causes in Maryland and across the country. The establishment of a Commission would be a giant step forward to help obtain an all-important site for the National Women’s History Museum on or close to the National Mall – the place where our nation shows what it honors.”

Q&A4Her with Kimberly Martinez, President and CEO of Bonitas International