Amsale Geletu, the smart, lively owner and CEO of PMS Inc, did not come to America from her native Ethiopia to escape a hard life; she came to the United States in November of 1982 to pursue higher education. While attending Towson University, where she graduated with a degree in Business Administration in 1986, she found her way working in the parking industry. What began as a cashiering job at a local parking company has developed into an enterprise for Amsale and for her late husband. “There was a hotel near my school and it had no dedicated parking,” she says. “I would see people lugging their luggage from far away and I thought to myself, they need parking. I had industry experience and I knew it could be a good, solid business, so I thought why not and asked for a meeting with the head of the hotel.”

The now highly successful business owner admits getting that first contract was relatively easy. “It was getting the second that was much harder,” she laughs, explaining how several hoops had to be jumped through for the subsequent contracts in comparison to the first one obtained. However, after that very first contract, the company was on its way, and within three years the company passed the $1 million in revenue mark.

When asked if passing the million dollar mark was a milestone, given that so many women-owned companies struggle to do so, Amsale, in a very poised, practical yet determined way, says, “Over a million was not really a huge milestone; the milestone was getting the second and third parking garages. It didn’t really matter to us how much money we were making — although that was great — it was always really just about growth and visibility. We were doing well and things were good early on. It was a good business.”

Unfortunately, things didn’t stay that way. Amsale’s husband and business partner died unexpectedly in 1992, leaving her with a four-year-old son, Mikael (now a senior in college), to raise, as well as a significant business to manage alone. At the time, there were very few women business owners in the parking industry (a reality that has remained somewhat unchanged to this day), and she was faced with a choice: sell the business, or carry on. “I wanted to make money, sure, but it was not just about that; it became more about how a woman-owned company could excel and make it in a male-dominated industry.” So she pressed on, but it was anything but easy, for a variety of reasons. First, she was a woman, second, she wasn’t from this country, and she had to deal with a lot of stereotypes and challenges as a result of those two realities. This being said, she grew up in and around business and she was determined nothing was going to stop her.

The head of one of the region’s most successful parking service providers has a kind smile but a slight edge in her voice when she shares her candid frustration that people often assume she came from very poor, destitute beginnings. “It was not the case, far from it actually,” she says. “My grandfather was a successful entrepreneur in the textile industry and I grew up quite comfortable, physically removed from the ‘We Are the World phenomenon.’”

“People don’t realize that was only one area of my country where the drought ravaged the northern portion of it – not all of Ethiopia was suffering, thank goodness… People make assumptions and have no idea about my reality, that I came here to go to college, not because I was destitute, there’s a big difference.”

Amsale’s grandfather is one of her mentors and he is one of the many she credits with helping her be successful. She also credits her late husband, whom she calls an “excellent business person.” “My grandfather, a prominent textile distributor, was a great example for me. He planted so many things in my heart and my mind. It is one of the reasons I became a success.” She also credits now Congressman Elijah Cummings with helping her immensely as well. “Before he was a congressman, he was my lawyer. He helped break barriers for me and helped us open gates to grow.”

As a business woman, Amsale understands one cannot afford to rest on their laurels and constantly applies key concepts of successful business management into her vision for the future of PMS. In addition to parking, the company’s diverse revenue streams come from several other complimentary verticals, including “Pay Locking,” snow removal, transportation, and commercial real estate development with a plan to break ground on a new hotel in downtown Baltimore in 2013.

Having happy, stable and reliable employees is also a big part of the company’s recipe for success and fuels their ability to grow successfully and sustainably. Amsale enjoys being an employer because she says it allows her the ability to provide good people with opportunity and assistance. She likes being a supportive employer, and the company provides a range of excellent benefits to employees ranging from professional development, health and life insurance benefits, language training and even interest, tax-free loans to purchase landmark things such as cars, or place down payments on homes. The company’s over 100 employees are valued and treated as such and Amsale says she wouldn’t dream of doing it any other way “I like helping people, giving them an opportunity. It is one of the things I’ve come to enjoy most about what I do.”

Customer service is another pillar of the PMS success story. When asked what her magic recipe is to keep customers happy, Amsale shares she has always treated customers as she herself would want to be treated. It’s a formula that seems to be working. Under Amsales’ administration the company grew from 3,000 parking spaces to 89,000. Today, the experience and integrity of PMS management and the financial success of its operation have earned a solid reputation in the local and national commercial parking industry. As a result, Amsale has received various awards, including the Small Business of the Year award, a Congressional Achievement award, not to mention the 2012 Smart CEO Brava Award.

It is apparent PMS Parking is doing well, but that’s not enough for Amsale. Her five year vision for the company includes growing beyond its present markets of Maryland, DC and Northern Virginia and would love to see it having and additional hotel property to the one she is hoping to construct in 2013. When asked how she’d like to be known, she says she wants to be seen “as a strong, determined, woman-owned business that is the best at what they do.” “My grandfather used to tell me to believe in myself, and that I could do anything if I did,” she says. “He used to say, ‘Believe it and keep moving,’ so that’s what I do!”

**This story appears in the 2012 Women In Business Review Fall Edition. For copies, please contact Stacey@MyCity4Her.com**

Jenette Young – A dynamic Baltimore Businesswoman on the Move

Budget and Forget It? Why Annual Planning and Budgeting Fail and What Every Business Owner Can Do To Succeed

Power Tools for Women: Get a Tool Kit 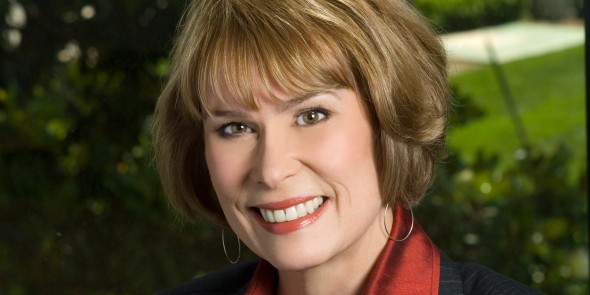 Snooki Or CEO: What Does Your Professional Presence Say About You?