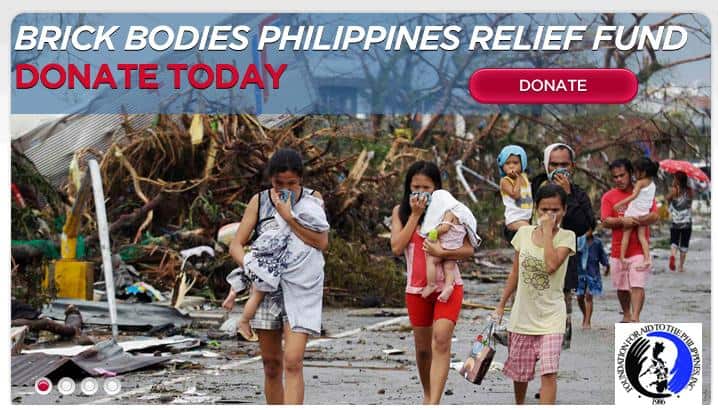 Brick Bodies/Planet Fitness Commits to Raising $50,000 for the Victims of Typhoon Haiyan

Brick Bodies Fitness Services announced that they are starting the Brick Bodies/Planet Fitness Philippines Relief Fund to help raise money for the victims of deadly Typhoon Haiyan, which devastated the central islands of the Philippines last Thursday. Word of this catastrophic Typhoon hit very close to the Brick Family as Victor, the company’s CEO, as well as his children, Vicki and Jon, are of Filipino descent.  They currently still have relatives who reside in the Philippines. After hearing of possibly 10,000 people dead and the largest natural catastrophe on record to hit the Philippines, Brick Bodies/Planet Fitness is dedicated to raising $50,000 for the victims and will match all donations dollar for dollar, up to $50,000.

“We believe that ultimately companies or individuals will be judged by what they give back to the community. We are especially committed to helping the people of the Philippines as my mother was of Filipino decent and I still have many relatives there. We ask that you all join us in our efforts to help the victims of Typhoon Yolanda (Haiyan) in their hour of need,” says, Victor Brick, CEO/Owner of Brick Bodies Fitness Services, Inc.

Brick Bodies/Planet Fitness will team up with The Foundation for Aid to the Philippines Inc, (FAPI) and Katipunan Filipino-American Association of Maryland-based 501c3 entities. Brick Bodies will run all donations through these organizations to ensure 100% of funds raised go directly to aid the victims of Typhoon Haiyan. To donate click here.
About FAPI:
Since 1986, The Foundation for Aid to the Philippines Inc. has been funding livelihood programs to provide economic self-sufficiency for the poor, conducting medical missions, providing funds for nutritional supplements and providing funds for emergency relief efforts in times of natural disasters and calamities. www.FAPI.org

All donations are 100% tax deductible and can be made in our clubs or online atwww.BrickBodies.com. Donations in the form of checks may also be sent to Brick Bodies/Planet Fitness Headquarters at 212 W. Padonia Road, Timonium, MD 21093. Checks should be made out to either the Brick Bodies Philippines Relief Fund or Planet Fitness Philippines Relief Fund.

About Brick Bodies Fitness Services, Inc.:
Brick Bodies Fitness Services, Inc. is a chain of coed and women-only health clubs located in the Baltimore, Maryland area. Brick Bodies operates two women-only health clubs under the Lynne Brick’s brand and five coed clubs under the Brick Bodies brand. The company also operates 18 Planet Fitness-Maryland, a budget health club chain. With 25 locations and 150,000 members between the three brands, the Brick’s own the largest health club chain in Maryland. Brick Bodies is listed as one of the top 75 health club chains in the United States and has been named in Baltimore Smart CEO’s Future 50 as one of the 50 fastest growing companies in the Baltimore are four years in a row, 2007-2010 and most recently this year. In April 2010, Brick Bodies was named the top gym in America by Fitness Magazine under “Best Mom and Pop Shape-Up Spot”. In January 2012, Brick Bodies Padonia was named one of the top gyms in Baltimore by Baltimore Magazine. Lynne Brick, BS. RN., is an international fitness personality, motivational speaker, and an IDEA, The Association Fitness Professionals, Instructor of the Year. Victor Brick, M.Ed., is an international fitness consultant and is an IDEA Business Person of the Year award winner. 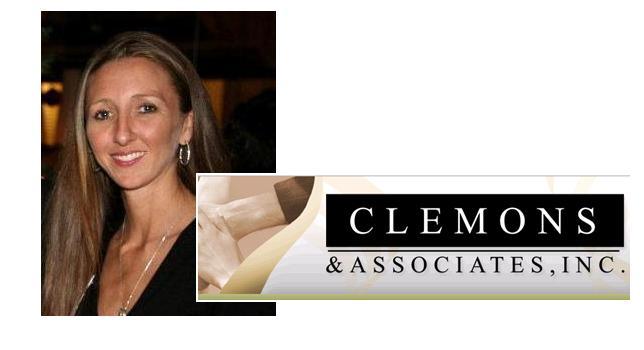 Discrimination in the Workplace