Billy Joel might have been writing a love song when he penned the lyrics to his song Honesty – but the chorus could have been about a Boss:

Honesty is such a lonely word.
Everyone is so untrue.
Honesty is hardly ever heard.
And mostly what I need from you.

My work has had several themes over the years and honesty has been a recurring one. It isn’t that people are liars. I don’t think that’s true (though it IS true that some people don’t tell the truth.) I have seen everyone from first line supervisors to CEO’s and Executive Boards give feedback so that it is as inoffensive as possible. They don’t lie –but by leaving out the nuggets of truth that would make the feedback useful, they lie by omission.

I bet you’ve been in meetings where no one says the one thing that everyone is thinking. There might even be a chance to speak up, but most wait for someone else – and that person is waiting for someone else too! And things move forward and sadly the truth is never spoken.
There are reasons people prefer being polite over being honest:

So it makes me wonder – why don’t we tell the truth?

I am often described by colleagues and clients as being candid.  I work hard to be both supportive and honest.  In the spirit of true disclosure, I have clients who didn’t like the truth. It didn’t matter that I was on their side and wanted to work with them to improve the result. They wanted affirmation and I provided food for thought. They didn’t think my observations, opinion, or strategy, were accurate. Some agreed with me but couldn’t modify their behavior. I’ve learned an interesting truth: the truth is not for everyone.

It’s not for the Executive who didn’t like hearing that specific behaviors were creating the exact opposite of the desired result.

It’s not for the Director who had no desire to alter behavior at the senior management level.

It’s not for the Manager who hoped the staff would get the subtle hints.

Can I Give You Some Feedback?

I know what it’s like to be on the receiving end. Nothing makes me wince like the phrase “Can I give you some feedback?” I usually draw a breath and force a smile. I know that feedback not asked for is rarely taken well. However –

If the intention is to help me, then why shouldn’t’ I listen? If I want to improve, develop trust, and learn about both myself and the person giving me the feedback, why not take the opportunity to hear them out? Granted, it’s their opinion. But most organizations want to know what their customers think; that way they can improve the service and the product. Most people want to know what the boss thinks; that way they can learn about what they can do to grow and develop.

Courage is a lot like resilience.  The only way you become more stress-hardy is to experience stress and do the things that increase your ability to deal with it well. The only way to become resilient is to experience some hard knocks and come through them. What you learn is that you can come through the challenges well – and that knowledge makes you less fearful the next time. It’s the same with bravery. Once you have been brave, you learn that you can be brave again.

Candor is learned as well. We are brought up from a very early age to be polite. We also tend to be fearful of the consequences of what feels like acting impolite. Perhaps all we can do is to question if our honesty is truly rude behavior. That may also allay our worry about the consequences.

Both courage and candor are inexorably tied up with tact. Even in our long-standing relationships, our good intentions are insufficient. If you lack the skills to deliver feedback and information in a way in which the person who needs to hear it can receive it well, then it’s no wonder you avoid providing improvement feedback. But hiding isn’t a strategy.

If your organizational culture fosters truth-telling, it’s because it’s a daily occurrence. If you can get into a habit of speaking honestly with people you work with, they will always know where they stand with you.

Modeling the advantages of being honest and tactful can allow you to develop these same skills in others, enabling them to communicate with honesty and respect.

It begs the question – when should the truth be spoken?

When the challenge of being honest creates discomfort, it can seem easier to ignore it. Improvement feedback may not be fun to hear but sharing it is essential in the workplace.  The challenge is how to share it well.

The intention of feedback should be to help, not hurt. Those of us who receive it don’t have to take every bit of it as the gospel truth, but being open to hearing it can allow for timely and critical information to be shared.

Recording artist Aaron Neville wrote Tell it like it is – Don’t be ashamed to let your conscience be your guide. Pretty good advice.

I cringe when I hear that people have made poor choices in execution because they were not told what to avoid in addition the advice they received about what to do when working to improve their ‘difficult conversation’ skill set. This can become the trusted advisors fault because they did not think about all the possible ways things can go awry.

So learn from the mistakes of omission that have been made by others:

Time and Place – Don’t call to deliver that honest conversation late at night, while people are on their way to work in the morning, or night or just before a major presentation. Do give some thought to when the conversation should take place and where. The goal should be to consider when and where they can cope with hearing the information.

Worst Case – Do think about what might be a worst-case scenario after you say what needs to be said? Once you imagine and prepare for that, you are ready. Many people fear a strong emotional reaction in others. Allow that there may be tears or anger. A full box of tissues or some time to regain composure is appreciated and allows you to work through the discussion.

Script – Don’t search for the best words during an important conversation. A few key phrases can help you feel both prepared and in control. My work with many of my clients involves creating the concise wording of key phrases that support their goals for the outcome of a good improvement feedback session.

Groundwork – Don’t jump in without any warning! Even a little set up is better than none at all. Tell the person that you have something to tell them. Admit that it is difficult (to tell and to hear).

Dragnet  – Granted, it’s from the days of black and white television but Jack Webb in Dragnet used to ask people for “Just the facts.” Try doing that. Describe the situation and talk about what has happened. Avoid being evaluative. Don’t talk about blame or fault.

Not About You – Sometimes the truth can set you free, but sometimes it’s just painful to hear. Avoid the impulse to defend yourself (or anyone else), point fingers, shift blame, Forget about the urge to fight back, make excuses, or educate them about why you are not the ‘bad guy.’ Just listen.

It’s often the case that after the truth has been shared something might have to actually be done about it. That can be unpleasant. Hiding out, skirting the issue, dropping hints – all seem much easier but it is also less direct and less effective.

I have many clients who have learned to step up and say what needs to be said in a way that is both caring and candid.

“I am much more effective as a manager”

“I feel less guilty about not being honest.”

“I actually do get the result I’m after.”

“I don’t always get the outcome I want but I’ve been direct and clear.”

“I am less fearful of the conversation because I am ready for it.”

Why Are You Here?

In my training programs and guided execution consulting sessions for individuals, it is often the boss idea.  At all organizational levels, including VP and Director, the boss sees a need for skill development. Yet when I ask if they know why we are meeting or why they were sent to training, I get a blank stare. I’m told they were sent by the boss.

It’s not the best set up for the desired outcome.

Honesty isn’t for everyone; it requires courage, candor and tact. It isn’t always easy but it beats the alternative. 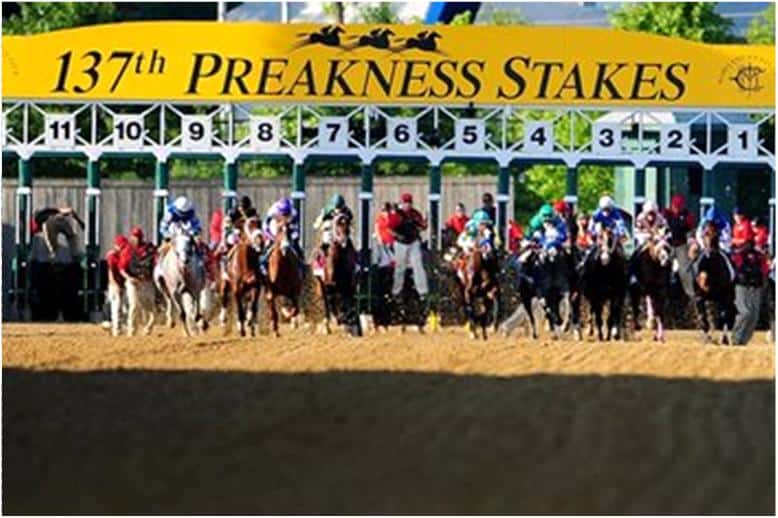 The Rebranding Challenge: What’s a Smart, Involved In-House Marketer to Do?