Rachel Cook worked in the fast-paced and highly competitive world of trading. After finding the industry rather sexist (as she described it), she left and decided to do something she felt would empower women financially. This led Rachel to the creation of Seeds, a social game with a microlending twist. “Seeds sources capital for entrepreneurs that might not have other access, creating social good for a healthy profit,” Cook says.

What is the unique problem or situation your product or service solves?

Seeds is a social game and API for mobile that takes the traditional ways games make money – selling virtual goods and decorators, and monetizing impatience – and adds the option to microlend through the game.  Seeds sources capital for entrepreneurs that might not have other access, creating social good for a healthy profit.

What in hindsight would you say you underestimated about this particular industry or running your own business and why?

I didn’t initially realize what a huge opportunity was here.  The average social gamer is a 43-year-old woman, microlenders skew female, and women are the largest beneficiaries of microloans, so there’s a big demographic overlap that we’re focusing on in launching this business.

I used to be a Trader, and found that world very sexist, so knew that I wanted to leave that world and do something that empowers women financially.  I’m happy that following my instincts has led me to this.

What is the best business related advice you have ever been given?

It’s all about persistence.  A startup only fails when the founders stop working on it.  And you have to follow your gut.  Following my gut brought me out of my small Ohio hometown [and] it took me to the trading world where I made more money that I expected to in my early twenties. It [then] led me to Direct/Produce The Microlending Film Project, a global exploration of the impact of microloans on women with a team including a Cinematographer who has worked on more than 50 studio Hollywood films, an Editor who has cut several movies for Oscar-nominated director Jon Alpert, and a Composer who has produced for the Grammy-nominated Shiny Toy Guns.

And if I hadn’t launched the film, I wouldn’t have ended up shooting in Nairobi, Kenya last year, which is where I became aware of the huge opportunity in mobile microlending – which I later connected to social gaming to launch Seeds.

What were the hardest barriers in getting your idea off the ground?

It’s been difficult helping investors to see that merging social gaming and microfinance helps entrepreneurs and also has huge profit potential.  Part of our mission is to make more people understand that positive social impact and big time profitability are not mutually exclusive.

What do you enjoy best about being an entrepreneur?

I love knowing that I’m creating something that didn’t exist before that can transform lives.  It’s hugely satisfying.

Do you feel becoming an entrepreneur has helped you grow as a person? If so – how?

Absolutely.  It’s helped me to know myself better.  Being an entrepreneur forces you to be very honest about your strengths and weaknesses.

Where can people learn more about your company?

If you had to share one final thought with our audience of thousands of women in business – what would it be?

Just do it.  Take the plunge.  I used to be a Futures/Equities Trader, and I remember being afraid of not having enough money if I quit to pursue my dreams, or afraid of investing all of my savings in something, even though I knew I wasn’t happy as a Trader.  I fell into a trap in which I was valuing money more than my own happiness, and I was trapped by my standard of living.  But it was all a construct, something I’d let myself believe that wasn’t true.

While it isn’t for everyone, I’ve found that making the leap forces you to figure out a way to make things work.  And I’ve never been happier. 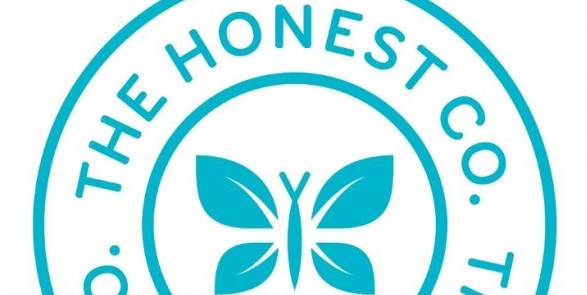