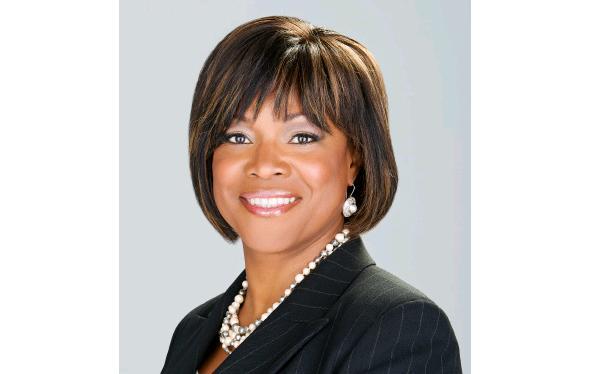 Yesterday on June 28, 2013 a victory in the medical profession was won for all professional women in the often male dominated field of medicine. The Society for Women’s Health Research (SWHR) announced that SWHR board member Valerie Montgomery Rice, M.D. has been selected as CEO and President, Morehouse School of Medicine (MSM), effective July 1, 2014. Dr. Montgomery Rice will become the nation’s first African-American woman to lead an independent medical school as chief executive officer. It’s no secret that the medical arena hasn’t always been inclusive, or particularly welcoming of women however it’s encouraging with these types of events and such appointments to note that women of color and all women are making progress when it comes to leadership in the field.

Women in business whether professionals in medicine such as Dr. Montgomery Rice, or entrepreneurs need to focus on the positives, the victories and the progress. We’re better together and Morehouse’s School of Medicine appointing Dr. Montgomery Rice is something we can all take strength from and use to encourage us to keep “leaning in” as Ms. Sandberg would suggest. Haven’t read Lean In? Click here to learn more.

Dr. Montgomery Rice, a Harvard-educated obstetrician and gynecologist, was named Dean and Executive Vice President of MSM in 2011. She oversees the academic enterprise and guides the continued advancement of the schools patient care, research, community health, and education and training programs.

The MSM board of trustees approved a new leadership structure that merges the role of dean and president. Consistent with a trend among other medical schools, this new structure elevates the role of dean to chief executive officer while maintaining chief academic officer responsibilities.

Said Phyllis Greenberger, SWHR’s President and CEO, “We are honored to include Dr. Montgomery Rice among our talented board leadership. We are confident that under her leadership, MSM will continue to excel in an ever-changing medical environment.”

Dr. Montgomery Rice was elected to SWHR’s board of directors in 2012 and is a member of the Executive Committee. Among her many accomplishments, Dr. Montgomery Rice is credited with founding the Center for Women’s Health Research, one of the nation’s first research centers dedicated to studying diseases impacting women of color.

A Georgia native, Dr. Montgomery Rice received her Bachelor of Science degree in chemistry from Georgia Institute of Technology and her Medical Degree from Harvard University Medical School. She completed her residency in obstetrics and gynecology at Emory University School of Medicine and her fellowship in reproductive endocrinologist and infertility at Hutzel Hospital in Detroit, Michigan.

Dr. Montgomery Rice currently serves on the FDA Advisory Panel for Reproductive and Urological Drugs. She is the recipient of the 2011 American Medical Women’s Association Elizabeth Blackwell Award, one of the highest honors for contributions to women’s health.:

ABOUT THE SOCIETY FOR WOMEN’S HEALTH RESEARCH (SWHR)

SWHR, a national non-profit organization,is the thought leader in promoting research on the study of sex differences in disease and is dedicated to transforming women’s health through science, advocacy and education.  Visit SWHR’s website: www.swhr.org for more information.

ABOUT THE MOREHOUSE SCHOOL OF MEDICINE (MSM)

Morehouse School of Medicine (MSM), located in Atlanta, Ga., was founded in 1975 as a two-year Medical Education Program at Morehouse College with clinical training affiliations with several established medical schools for awarding the M.D. degree. In 1981, MSM became an independently chartered institution and the first medical school established at a Historically Black College and University in the 20th century. MSM is among the nation’s leading educators of primary care physicians and was recently recognized as the top institution among U.S. medical schools for our social mission. Our faculty and alumni are noted in their fields for excellence in teaching, research, and public policy, and are known in the community for exceptional, culturally appropriate patient care.

Morehouse School of Medicine is accredited by the Commission on Colleges of the Southern Association of Colleges and Schools to award doctorate and master degrees. To learn more visit  www.msm.edu