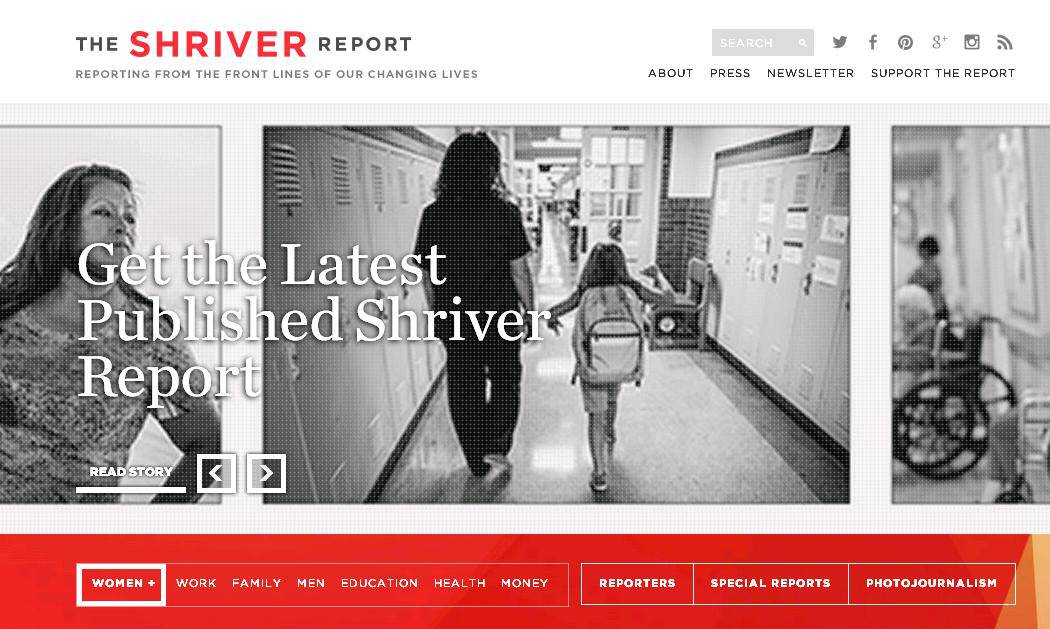 The Shriver Report – Why it’s important

Last week – amidst relatively low hoopla in comparison with Sheryl Sandberg’s launch of “Lean-IN“, and the accompanying book that started the movement a year ago, The Shriver Report launched. Didn’t get to the book, here’s a review we liked about – and thought it hit the nail on the head…Our Founder, Monyka Berrocosa also wrote an article on women in leadership in the Baltimore Business Journal referencing to it, to read that article click here.

What is “The Shriver Report”?

According to the Shriver Report web site…

The Shriver Report is a multi-platform nonprofit media initiative led by Maria Shriver that seeks to modernize America’s relationship to women.

Why should women in business care about The Shriver Report?

In an era when women have solidified their position as half of the U.S. workforce and a whopping two-thirds of the primary or co-breadwinners in American families, the reality is that one in three American women is living at or near the brink of poverty. If you have women working for you, work with women, know women…we don’t need to paint a neon sign why this is important.

When women DO BETTER everyone benefits:

Understand the report and the problem better by viewing this video:


That’s 42 million women andthe 28 million children who depend on them, living one single incident—a doctor’s bill, a late paycheck, or a broken-down car—away from economic ruin. Women make up nearly two-thirds of minimum-wage workers, and a vast majority of them receive no paid sick days. This is at a time when women earn most of the college and advanced degrees in this country, make most of the consumer spending decisions by far, and are more than half of the nation’s voters.

Last week, Maria Shriver launched The Shriver Report: A Woman’s Nation Pushes Back from the Brink, in partnership with the Center for American Progress. This is the third in a series of groundbreaking examinations of cultural transformations impacting American women and families.  You can pre-order a copy of the book – releasing March 11th HERE.

“For too many American women, the dream of ‘having it all’ has morphed into ‘just hanging on,’” said Maria Shriver. “The Shriver Report is about what working women need now to be successful in today’s economy, where women are powerful, but also powerless. Identifying why that is and what we as a nation can do about it is the mission of this report.”

We are working on a series of events/happenings to discuss the report…and it’s findings akin to what we did when LeanIn was released. If you are interested in being involved, or getting more information please CONTACT US via email – with the subject line “Pushing Back Hard” & we will keep you informed of where you can join in the conversation for change.