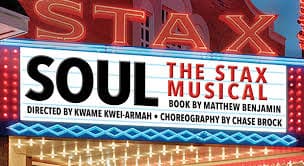 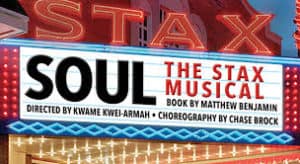 This epic show is the type of reason and production that make live theatre great. For the price of one ticket you get to relive the greats of Soul so realistically, it’s as if you were seeing several concerts alongside a compelling story.

SOUL The Stax Musical celebrates how music brought Americans together during the early years of the Civil Rights Movement, and 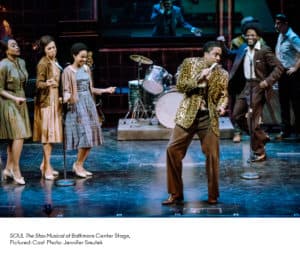 continues to bring generations together—from those who remember the early days of R&B, to those who are discovering these phenomenal artists today. It is the last production personally directed by outgoing KWAME KWEI-ARMAH, who arrived to Center Stage as Artistic Director in 2011.

The play gives you a bird’s eye view into the reality of African Americans in mid-century Memphis, and helps you understand how a different sound, a unique sound, came to be…and why it has stayed. Not a person in the audience, on the night we attended was able to stand still. All characters drew you in, so convincingly and with such genuine talent (both acting and musical), you really felt transported and were oscillating between being a fly on the wall and attending an amazing concert, or live music event in the presence of greatness and legendary talent.

Groove, don’t walk, to get your tickets. This production is quickly selling out and is not to be missed. For more details and tickets visit Center Stage. 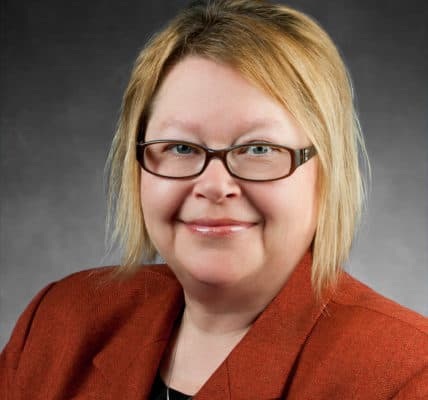 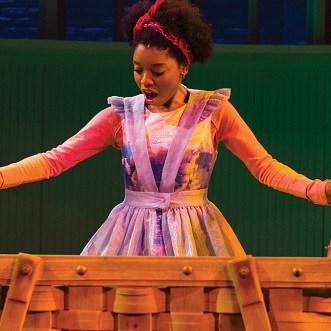