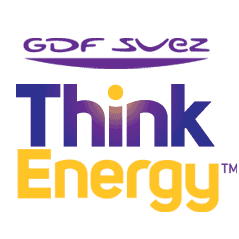 Think Energy, the retail electricity business established by GDF SUEZ Energy Resources to serve small businesses, has announced that it is kicking off a search for Baltimore’s smartest small business – with the winner getting a year of free electricity.

The competition is open to companies in the Baltimore Metropolitan Area that employ 100 people or fewer. Anyone can submit nominations – customers, friends, family members, and even the small business itself – by going to a website developed specifically for the contest. Think Energy will begin accepting nominations on April 30, and the winner will be announced at the end of July.

For a limited time, every business that’s nominated will be eligible for an exclusive low rate for its electricity, and anyone who submits a nomination is eligible to be entered into a sweepstakes for an iPad2.

“There are a lot of small businesses doing really good things for their customers and the community,” said Deena Morgan, Vice President and General Manager of Think Energy. “This is an opportunity to recognize those contributions, and to provide these companies with an opportunity to better manage and control their energy costs.”

After the nomination period closes at midnight on June 15, a panel made up of small businesses will select five finalists based on the following criteria: customer service, products and services, marketing, and company culture.

Each finalist will receive a professional-quality video, produced at their place of business, to be used to promote their company on the contest website. The public will be invited to visit the site, review all the videos, and cast their votes for Baltimore’s smartest small business. The ultimate winner will be selected by the majority of votes received during the voting period, which will run from July 2 to July 15.

In addition to providing the video, Think Energy will also offer the finalists materials they can use to promote their businesses during the voting period.

Think Energy is a subsidiary of GDF SUEZ Energy Resources NA, one of the largest non-residential retail energy suppliers in the U.S.