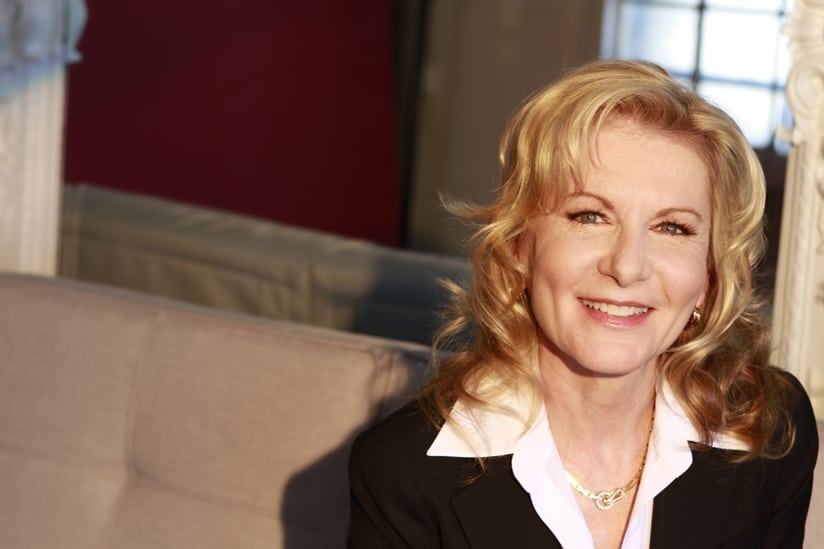 Although there’s been a lot of hubub over Yahoo’s CEO Marissa Mayer implementing a policy to ban telecommuting altogether women have far bigger issues in the work place to worry about. Particularly the biases and barriers that exist that still gets in the way of them rising to their full potential.

As a highly experienced Information Technology (IT) executive, Janet Pucino held senior level CTO and VP positions throughout her career. She has designed and implemented leading technologies within some of the most recognized companies in the media and entertainment, financial services, and technology industries, including Warner Bros. Entertainment Inc., Discover Card, The Kemper Group, and the International Networks Division of Motorola.

Throughout her career Janet was forced to pro-actively address barriers and biases towards women in the work place which prompted her to write a book called “Not in the Club”.

“Not in the Club“prepares women for leadership careers, and perhaps more critically raises Awareness for Change.  MyCity4Her Media recently caught up with Janet and asked her to share her thoughts regarding barriers and biases towards women in leadership whether they be executives, women business owners or entrepreneurs and how she feels they can be effectively addressed as what prompted her to write the book, etc.

Janet, what do you feel are the top 4 barriers and biases towards women in business, leadership and the work place?

Most men are not aware of how deeply rooted their biases are against women in the workplace. Men still make the majority of hiring decisions, and without ‘encouragement’ they will continue to hire candidates they are most comfortable with no matter how unintentional the biased behavior becomes in the organization.

The best way to unseat gender biases from an individual or an organization is to confront them head-on . I realize that this idea will make many readers cringe because it once again places women in an adversarial role and unfairly makes them “persona non grata” with their employers and peers.

Budget disparity is one of the most lethal barriers to overcome, because it forces women to work longer and harder than their male counterparts and increases their risk of failure. In Club-based organizations the opportunities, financial resources and staff are more easily directed to insiders and the trusted Club members, while women struggle with higher levels of scrutiny and resistance to their budget requests.

You can turn budget disparity into a positive result. Providing alternative outcomes based on funding levels is key to setting expectations. Linking expected outcomes to the business objectives will also clearly establish what is minimally required to fund a successful outcome – re-frame the solution and expectations in light of the reduced budget. Although acquiring additional resources is easier for men and particularly for Club members, women can help themselves a great deal by relying on data to set expectations about what their budgets can realistically produce.

Resistance can look and feel like a series of hurdles to be jumped over in a competitive race, and is expected to some degree in organizations with diverging objectives and incentives. When resistance veers into obstructionist behavior, it harms both your ability to work effectively and the organization’s bottom line, and requires top-down support to correct it.

Awareness that resistance is in play and understanding the root cause is key in dealing with resistance. First, seek out leaders with influence and someone you trust to help you interpret the root cause of the resistance, and enlist their help. I have found this to be one of the best ways to remove the roadblocks and foster communications. A strong branch needs a strong tree to support it.

Although aggressive behavior from men is accepted as a sign of strength from both men and women, when the same type of behavior comes from a woman, it’s perceived as irrational or even out of control. Aggression doesn’t belong in the workplace — period. It doesn’t matter which gender is displaying it.

A woman’s strengths must be channeled through directness and conciseness rather than brawn.

Another area where standards are significantly different between men and women deals with relationship building and loyalty to one’s boss and superiors. The sensitive part about this is how a woman is perceived when she cultivates a strong and loyal business relationship with her boss.

Women have to proceed more cautiously in developing a rapport with the boss, and in engaging a male mentor (particularly when there is no formal mentorship program in the company). What worked for me was to ask the person who was speculating about my business relationship with my boss, or a promotion, or a current assignment, “How is this different from my peers who have a good relationship with my boss or who were recently promoted?”

What prompted you to write this book?

I wrote the book thinking about how I could leverage my executive experience and better prepare women for leadership roles, raise awareness in men and women about the behaviors and biases that limit women’s contributions, and how I could mentor more women.

What did you hope people would take away from it?

Women have been in the workforce for over 90 years, represent over 50% of the workforce, hold over 60% of MBAs, are on par with their male counterparts in obtaining doctorate degrees and yet remain exceptions at senior management levels and in Board positions.  I hope to:

Why do you think the issues we see in regards to women growing in leadership roles persist?

Women’s contributions seem shackled by outdated beliefs that their unique role as wives, mothers, and nurturers hinders them from achieving their professional aspirations or leading organizations. The de-valuation of women’s achievements, contributions, and experiences in the workplace stems from many behavioral and societal factors emanating from both genders. From experience, I know that most men are unaware of their own biases and the resulting behaviors that diminish women’s contributions. Women remain fearful of speaking up about what they need to be successful and what they need to get to the C-suite, which limits the opportunity for Board service. It’s time for an intervention.

What can we do to counter act that?

Here are a few suggestions:

What is the best business advice you’ve ever been given and why?

Ask “compared to what?”  The question helps frame the business problem or solution, leads to a more informed analysis, and better decisions.

What is your definition of success?

When you’re not writing, speaking – etc – how do you like to spend your time?

Janet received her MBA from the University of Chicago Booth School of Business and received her undergraduate degree from Northern Illinois University. She serves on the Chicago Booth Advisory Council, is a university lecturer, and featured speaker at industry and academic conferences.  To find out more about Janet Pucino and the book ” Not in the Club” click here.